Burhan Akbudak from Bartın University is the second degree from Italy

Yayın Tarihi : 05/03/2021
Burhan Akbudak who is the student of Sports Science Faculty at Bartın University had a success of being second in the International  Matteo Pellicone Ranking Series Wrestle Tournament in Italy.

Bartın University Sports Science Faculty student Burhan Akbudak had a great achievement in the International Matteo Pellicone Ranking Series Wrestle Tournament in Rome, Italy. The national wrestler, who attended to the contest in the platform of greco roman style with 82 kilos, won a silver medal.
Akbudak who had the best degree in his weight category inside Turkey Greco Roman Wrestle National Team had a right for representing our country Turkey in European Championship that will be happened in Warsaw, Polland on 19-20 April, 2021. As a result, after the 55 kilos success with Ekrem Öztürk two students from Bartın University will represent our country in Warsaw. 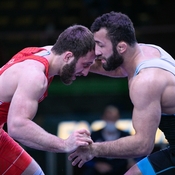 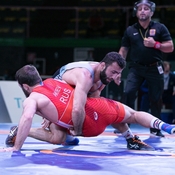 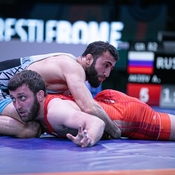 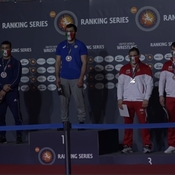