Yayın Tarihi : 11/02/2022
Bartın University, as an institution, became the first university from Turkey to enter the world of NFT (Non-Fungible Token), which entered our lives with crypto assets. More than 30 digital card collections, in which the biographies of Turkish-Islamic scientists pioneered in the fields of science are narrated, are published by Bartın University on an NFT platform.

Bartın University has taken its first step into the world of NFT (Non-Fungible Token), which has been at the top of the world’s agenda together with crypto assets. Sharing the digital collection consisting of more than 30 cards, in which the biographies of Turkish-Islamic scientists who shaped the world of science are told, from its corporate account created on an NFT platform, Bartın University has become the first university in our country to receive an institutional certificate for its digital works over the block chain.

Having been completed and published after nearly two-year meticulous work, the digital NFT cards include the inspiring biographies of Turkish-Islamic scientists, such as the founder of modern chemistry Jabir ibn Hayyan, Al-Farabi inspiring Europeans, Al-Biruni with its beyond-his-age genius, the founder of cybernetics Al-Jazari, the ‘admiral’ of knowledge Piri Reis, the researcher of the History of Islam Fuat Sezgin and Nobel Prize-winning scientist Aziz Sancar, and their contributions and significant works in the field of science. 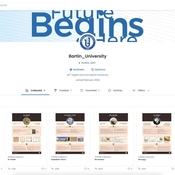 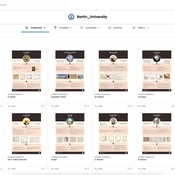 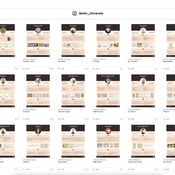