In the conference of Bartın University, ‘The Legend of Çanakkale’ was narrated.

Yayın Tarihi : 18/03/2022
The conference called as “The Legend of Çanakkale in its 107. Anniversary” was happened by Bartın University because of the day of remembrance martyrs and victory of Çanakkale on the March of 18.

The online conference arranged by Department of History in the Faculty of Letters at Bartın University got attention intensely. In the activity that different attendees from diverse universities, the conference about “The Legend of Çanakkale in its 107. Anniversary” were given a lecture by Associate Professor Doctor Raşit Gündoğdu in the Department of Social Service and Consultancy in Vocational Services Health High School at Sağlık Bilimleri University.

Gündoğdu who gave some information about political events in Ottoman Empire before the war of Çanakkale and Europe talked the process about the appearance of First World War and the involvement of Ottoman Empire.

After then, Gündoğdu who evaluated the beginning of Çanakkale War and its developing process, shared some examples in relating to the emotional side of war while telling letters which were written at that time. 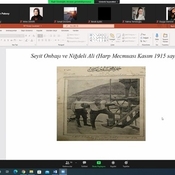 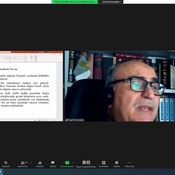 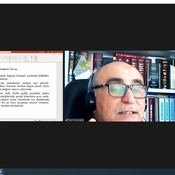 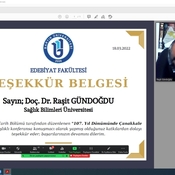