Yayın Tarihi : 31/03/2022
Evin Demirhan Yavuz, a student of our university, becomes the third Turkish female athlete in the history of European champions by winning the women's 50 kg gold medal at the European Wrestling Championships.

As a student at the Department of Physical Education and Sports in the Institute of Graduate Studies, she competed in the European Wrestling Championship held in Budapest, the capital of Hungary, and achieved a historic success. Facing off against Bulgaria’s Miglena Georgieva Selishka in the final on the fourth day of the championship, Yavuz won the gold medal after pinning her opponent down. The national wrestler, competing in the finals for the first time, became the third Turkish female athlete in the history of the Seniors European Championships.

Dr. Mehmet Muharrem Kasapoğlu, Minister of Youth and Sports, congratulated the national wrestler, Evin Demirhan Yavuz, for winning the gold medal in the post he shared on his social media account, and said, "Congrats to our national athlete, Evin Demirhan Yavuz, who became the champion in women's 50 kg at the European Wrestling Championship." 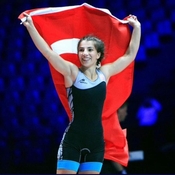 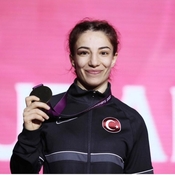 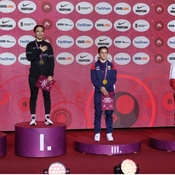 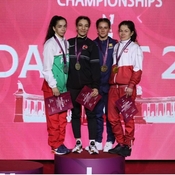